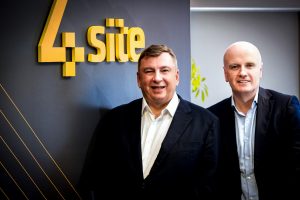 The announcement comes as Indigo is named as one of the UK’s best performing privately owned technology companies by Megabuyte50 and follows the December 2019 acquisition of Irish telecom business 4site – which now sees the group with an annual turnover approaching £50 million over the next year, 300+ employees across an international network of 10 offices in the UK, Ireland, France, Germany and Singapore.

Commenting on his appointment, Kevin Taylor, chairman, Indigo, said, “2019 was a pivotal year for Indigo as the group merged and acquired complementary businesses supporting its vision for growth. As chairman, and together with the management team, I will oversee further M&A activity and help guide the business forward while maintaining the service and expertise levels our international customer base expects.”

Indigo Telecom Group designs, installs and maintains international telecom and data networks and data centres. These networks enable their customers to deliver fixed line, broadband, mobile and other data services to a wide variety of end users. Its key capabilities include Project Services, such as large-scale, complex network design and installation, commissioning projects and Managed Services, including the management, repair and maintenance of global telecommunication networks. Indigo is one of the market leaders for reliability of service and dependability.

Kevin’s expertise in emerging and growth markets, investor and government relations, and in early stage ventures was honed during an international executive career spanning over 25 years. Latterly Kevin was President, Asia Pacific, Middle East, Africa and Turkey in BT and a Member of the Global Services Leadership team reporting to the CEO. His career at BT involved international leadership roles in emerging markets since 2003.

He is currently engaged as a Consultant to a global telecommunications company and CAA Sports and holds a Non-Executive Directorship at the Hong Kong Rugby Union and is a Voting Member of the Hong Kong Jockey Club.  Kevin was previously a Non-Executive Director of both Transmode plc and Hyder Consulting plc, was Chairman of the British Chamber of Commerce in Hong Kong between 2012 and 2014, and also Deputy Chair of the English Schools Foundation. He was awarded the MBE in the Queen’s Birthday Honours List in 2019.

Indigo Telecom Group is based in Monmouthshire (South Wales) and designs, installs and maintains fixed and mobile telecom networks globally for companies such as Nokia, Tata Communications, BT, and enterprises on a project basis, whilst its managed services piece is a pan-European offering to telcos such as Vodafone, GTT, and Zayo.

The company is experiencing strong growth across the board, and particularly in the pan-European data centre services business, where Indigo works for many well-known tech companies on fitting out racking, stacking, cabling etc in data centres. Telecoms support services are very much in demand given ongoing high network operator investment in fibre and wireless networks (4G, 5G and IoT).

In 2017, Indigo acquired Belcom247 and more recently in December 2019 the group acquired Irish company 4site. Backed by GCP, the acquisition by Indigo Telecom Group brings international expansion and scale, as well as a professional services capability that can be rolled out in the UK, whilst boosting current run rate revenues by around 30%. Indigo also remains on the lookout for more M&A.

Learn more about Belcom247, 4site and the full history of Indigo here.

If you want to learn more about the awards, http://www.megabuyte-awards.com/megabuyte-50/winning-companies

Navigating the risks and rewards of fibre rollout in the UK

The Indigo Board of Directors and its investors, GCP London, has appointed its CRO Ray O’Connor to the role of CCO and Board member. The appointment will help provide long-term leadership to Indigo while recognising Ray’s contribution to the success of the business to date.